The real Raclette from the wood fire

“Two Valaisans worked their vines in the middle of the 19th century. It’s autumn and it’s cold. At noon, they light a fire to warm up a little. As a meal they brought a piece of rye bread, alpine cheese and white wine from the barrel. As they stand very close to the fire for heat, one of them notices that his cheese is starting to flow. To avoid losing anything, he takes out his vine knife, called a raclette, and scrapes the melted part of the cheese off his bread. »

Thus was born the Raclette au Feu de Bois, which we strive to serve you as authentically as possible. 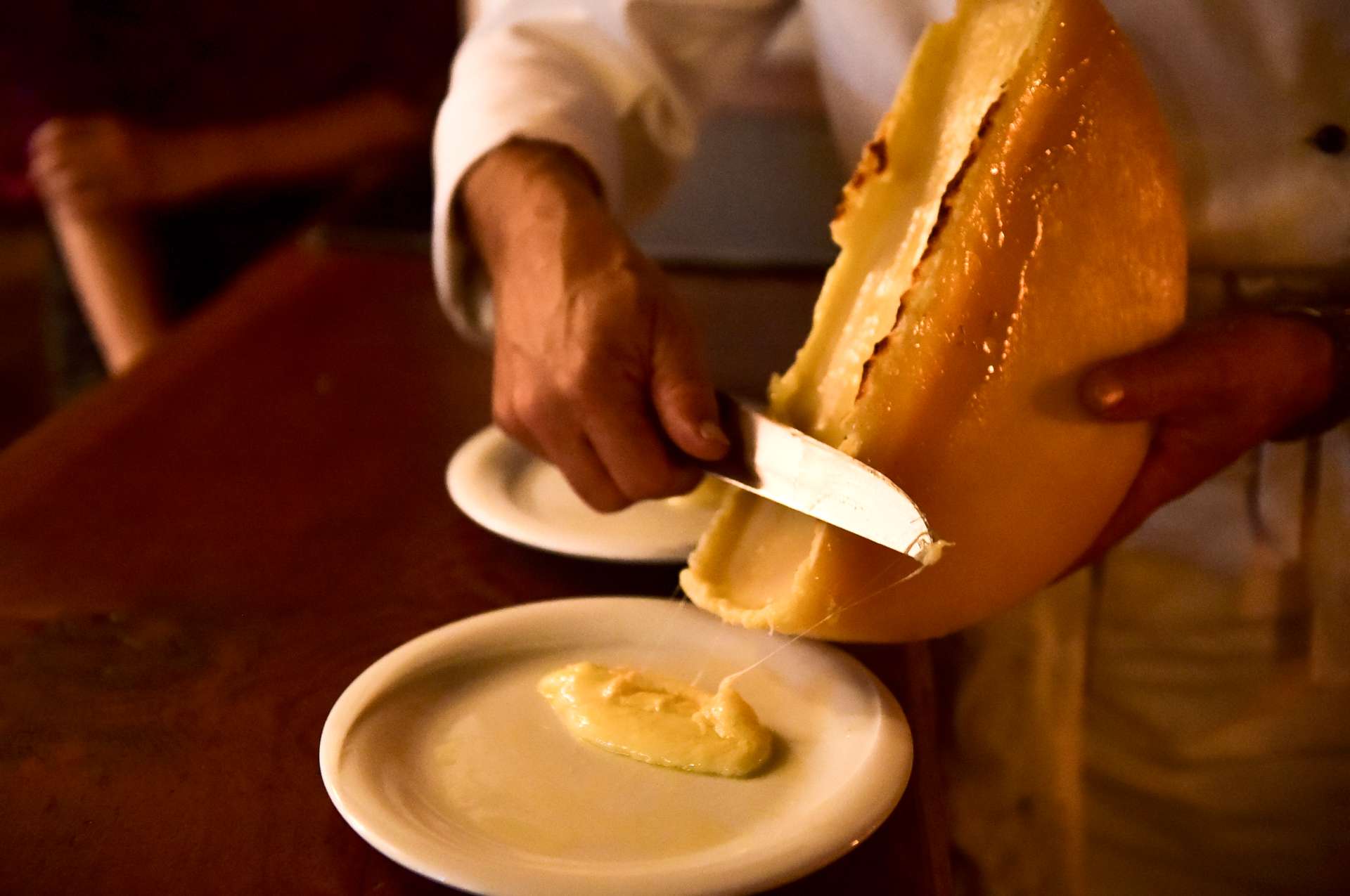 Search for your room